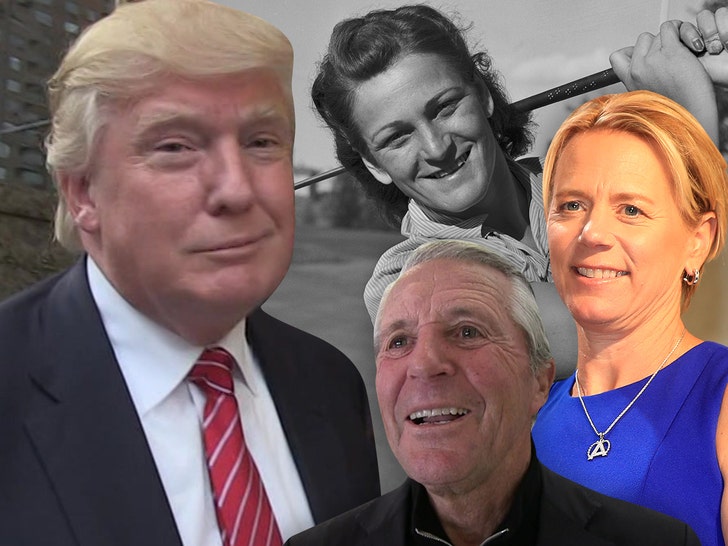 Just one day after his supporters rioted inside the U.S. Capitol, President Donald Trump went back to business. And by business, we mean golf.

POTUS awarded the Presidential Medal of Freedom to 3 professional golfers on Thursday — retired stars Annika Sorenstam and Gary Player, as well as Babe Didrikson Zaharias, who died in 1956.

The Presidential Medal of Freedom is the nation’s highest civilian honor … which the White House describes as an award given to those “who have made especially meritorious contributions to the security or national interests of the United States, to world peace, or to cultural or other significant public or private endeavors.”

Player and Sorenstam were slated to receive the award back in March … but the event was pushed due to the COVID-19 pandemic.

The ceremony is normally open to the press … but not this time around.

Of course, that most likely has to do with the events that transpired in D.C. on Wednesday … with hundreds of pro-Trump supporters invading the Capitol Building.

If you’re questioning the decision to continue with the event — given the country is still dealing with the aftermath of Wednesday’s incident — you’re not alone.

Player’s son, Marc, expressed his concerns with his dad accepting the award, tweeting, “I wish my father would simply & politely decline this ‘award’ at this time.”

The newest recipients join Arnold Palmer, Jack Nicklaus, Charlie Sifford and Tiger Woods as the only golfers to receive the award.