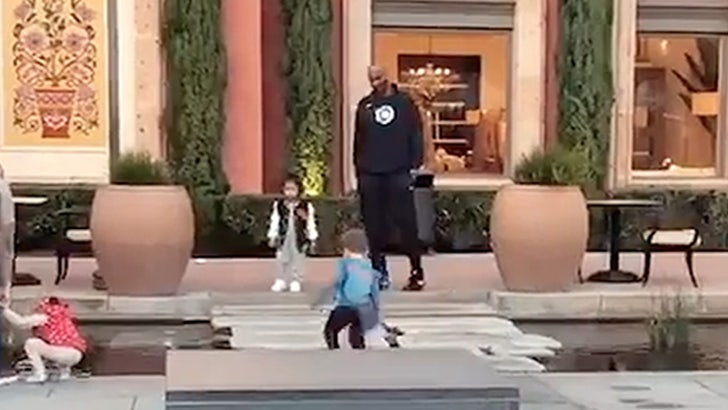 We obtained footage of the 41-year-old spending some quality time with Bianka at the Fashion Island mall in Newport Beach the night before the tragedy … playing at the center’s koi pond and walking through the stores.

We’re told they looked adorable together — just enjoying each other’s company. The Bryants were regulars at the mall and other local spots. In other words, it wasn’t unusual to see Kobe around town with his kids.

The footage is devastating to watch … knowing it’s the last outing Bianka had with her dad.

We broke the story … the NBA legend and his 13-year-old daughter, Gianna, were killed in a devastating helicopter crash in Calabasas on Sunday morning, which took the lives of 7 others.

Kobe and GiGi were heading to the Mamba Sports Academy in Thousand Oaks for a round of basketball games.

Kobe and Gianna are survived by wife/mom Vanessa and daughters/sisters Natalia, Bianka and Capri.