Aidan Is Back! Sarah Jessica Parker, John Corbett Reunite in ‘And Just Like That’ Set Photos

It’s official: Carrie Bradshaw’s former love interest, Aidan Shaw, is making his highly-anticipated return to the “Sex and the City” spinoff series, “And Just Like That.”

On Friday, the official “And Just Like That” Instagram account and Sarah Jessica Parker shared a joint Instagram post that featured photos of herself and John Corbett, reprising their roles as Carrie and Aidan, respectively, on the set of Season 2 of the HBO Max series.

In the shots, the two can be seen walking down the street in New York City while holding hands.

Fans and celebrities alike went wild over the Carrie and Aidan set photos, with many taking to the comments section to share their reactions.

Actress Amy Sedaris, who guest-starred on “Sex and the City,” commented, “Telling everyone!”

In September, Parker confirmed that fans will see Corbett in Season 2 of “And Just Like That.”

“Could be, could be,” Parker teased in an interview with Entertainment Tonight when asked about her character’s former love interest Aidan Shaw’s (Corbett) return. “Well, you know, I can’t be like, cryptic about it anymore.”

Back in 2021, Corbett mistakenly claimed to Page Six that he would join the revival series in its first season.

“I think I might be in quite a few [episodes],” he said. “I like all those people, they’ve been very nice to me.”

When Corbett was nowhere to be found, fans were disappointed by his absence and prompted the series’ executive producer Michael Patrick King and writer Julie Rottenberg to release a statement to Deadline at the time. 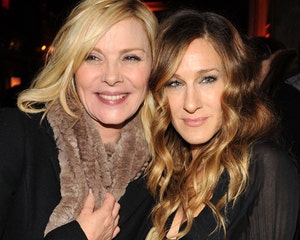 “John Corbett should be writing personal apology notes. We didn’t say anything,” Rottenberg stated and King agreed, “The fact of the matter is, we never said anything about Aidan. We always try to be very restrained and look at the reality of what people are experiencing and it has nothing to do with Aidan coming or not coming.”

According to Parker, Corbett has reached out to apologize about his faux pas.

“He actually reached out very kindly, because he’s nothing if not a gentleman, and apologized for doing that as a joke,” she said during an appearance on “Watch What Happens Live with Andy Cohen.” “And then I was like, ‘No, no, no, I mean, it’s a free country, first of all, and second of all, I thought it was kind of delightful and fun.'”

Though it remains a mystery if Aidan and SJP’s Carrie Bradshaw will reunite as lovers, Corbett’s return comes after fans saw the death of Carrie’s longtime love Mr. Big (played by embattled actor Chris Noth) in season one.

Much of the inaugural season featured Bradshaw coming to terms with the sudden death of her husband and re-entering the New York City dating scene as a widow.

While Aidan and Carrie’s romance in season two is not guaranteed, their relationship has sparked decades-long debates as many fans believe Aidan is the man Carrie should have married. 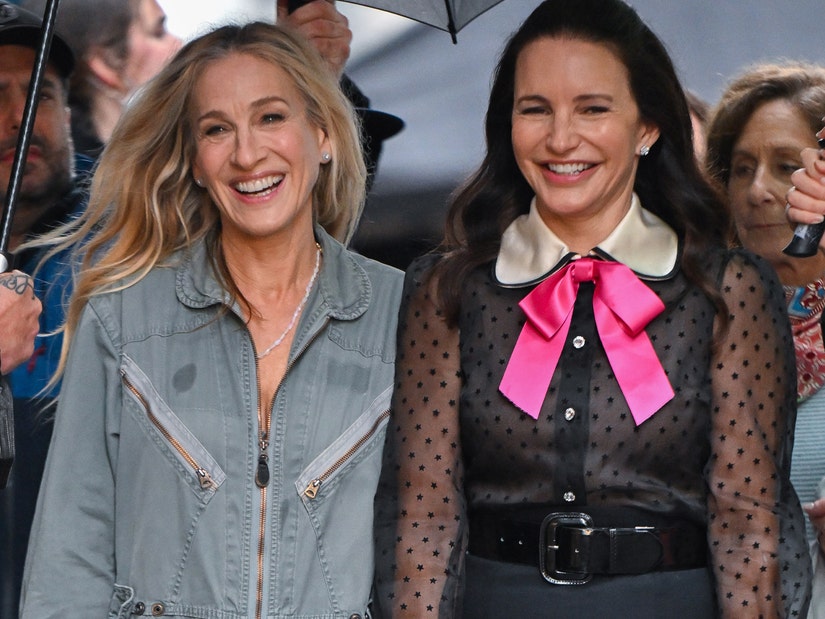 3 Ways to Start Your Day Focused, According to Health Coach Koya Webb

Everything to Know About the Final Season

The New Release Date, Cast, Plot & Everything Else We Know – Hollywood Life