The child was only given raw fruit and vegetables, as well as breast milk.

A vegan mother in Florida was sentenced to life in prison on Monday, following the malnutrition death of her youngest child.

According to Cape Coral police, they responded to a call of a child who had stopped breathing and Ezra was pronounced dead on the scene. “Detectives with the Major Crimes Unit arrived and noted the extreme malnourishment suffered by both the deceased and his older siblings, ages 3 and 5,” said the police report. The children were taken in by the Department of Children and Families “for their safety” at the time.

The child reportedly weighed only 17 pounds at the time of his death, with his parents telling authorities he only ate raw fruits and vegetables, as well as breast milk. Sheila told police the 18-month-old hadn’t had anything besides milk in a week.

“This child did not eat. He was starved to death over 18 months,” Special Victims Unit chief at the State Attorney’s Office Francine Donnorummo said in her closing arguments against Sheila back in June. “This was a thought-out, planned course of action.”

The other two children were reportedly described as “extremely small for their ages … and were pale and yellowish in color.” Another child on the scene, Shiela’s with an ex, appeared healthier than the others — but often stays with her father.

In addition to the life in prison charge, Shiela was also ordered to have zero contact with her other children. Her attorney told press the sentence “was what we were expecting” and expressed his plan to appeal.

While Shiela was found guilty in June and sentenced this week, Ryan is still in jail awaiting trial. He has a pretrial conference set for September 14. 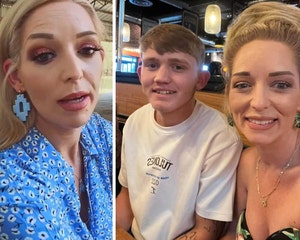 How the Jersey Shore Cast Reacted to Vinny Joining DWTS

8 Celebs Who Got Rejected By Other Stars

Everything To Know About The Superstar’s Body Art – Hollywood Life